What’s the worst thing that could happen 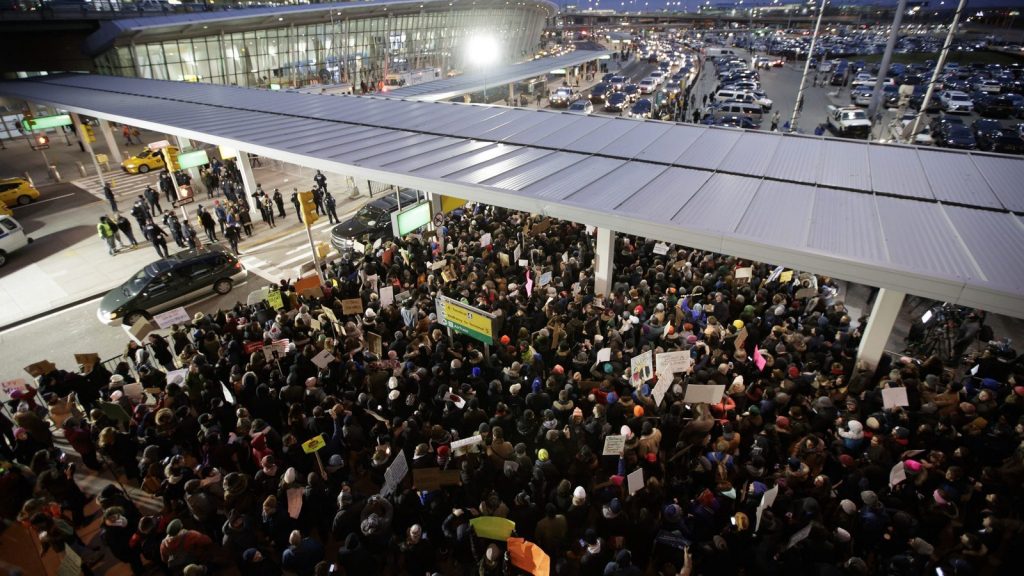 For the past two weeks I’ve watched in horror as the new regime implements unconstitutional decrees and is led (and I use that term loosely) by a man who appears to be in desperate need of mental health care. Plenty has been written about what is wrong with having Mr. Trump in the highest office of the land, so I’ll skip that part and jump straight to what has been an obsessive thought for me…what’s the worst that can happen?

Actually, the worst that can happen is pretty bad. Nuclear war is not out of the question. That would be pretty much the end. Ok, that’s bad. Cataclysmic environmental devastation due to climate change (and inaction on the US government’s part) is no walk in the park either. We’ve been on our way for a while, but now we pretty much have a guarantee that it’s where we’re heading. Not good.

But what’s really extra terrifying to me, which makes my head expand and not in a good way (cause really, are nuclear war and the end of inhabitable Earth not bad enough?) is what feels like a very real possibility of genocide in the United States, of our own people, at the hands of our own government. If you are Native American or Black, this does not sound too far-fetched. You have been surviving genocide at the hands of your own government for hundreds of years. I know. I believe you. I’ve seen it.

What’s extraordinary now is that the official attitude FROM THE GOVERNMENT is not denial (“Oh no, we would never do that”), or appeasement (“We shall investigate and find out if that’s the case, and if so, all appropriate measures will be taken, blah blah blah”). No, no, no. That is so 20th Century. The current administration is actively endorsing white supremacy and violence.

My biggest fear is that this could eventually escalate to openly saying, basically, “Fuck it, let’s kill them all!” And by “let’s kill them” I don’t mean just the army or the cops or undercover agents. To get there, they first need to create an environment where it is socially acceptable to believe that some of our people are better than others and that the country would be better off if some of them weren’t around (by “some of them” think: Muslims, immigrants, people of color, LGBTQ folks, disabled people, the list goes on and on and on). This feels even more terrifying than nuclear war and climate catastrophe because it’s not something Trump can inflict on us without our consent. We must all be complicit for it to work.

If you can’t handle the thought of this being a possibility, consider genocidewatch.org’s statement on the stages of genocide (only ONE of them is extermination): “Genocide is a process that develops in ten stages that are predictable but not inexorable. At each stage, preventive measures can stop it. The process is not linear. Stages may occur simultaneously. Logically, later stages must be preceded by earlier stages. But all stages continue to operate throughout the process.” Some of these stages are becoming more and more visible at the moment.

Why do I fear such a horrendous scenario for our country? Let me count the ways:

I could go on but that has been done all over the media and I’d rather focus on solutions. Am I being an alarmist? Hopefully. But in ringing the alarm bells we’ll be able to heed the warning. I am certain that the United States of America will not go down this path. I will bet on it. But we won’t avoid it by sitting passively on the sidelines. We need to actively resist and block it order to avoid it.

Let me reassure you: I don’t believe that the US of A will end up with internment camps, but we have in the past. I just know that regardless of what I choose to believe, history does teach us something and when it comes to repression, oppression and threats to democracy and peace, I’d rather err on the side of paranoia. Have y’all heard about the frog in the pot of boiling water? The metaphor is a pertinent one at the moment, because the only way we get to a point of no return is by thinking “it’s not that bad” along the way and adjusting our reactions accordingly. So maybe, right now, it may not be that bad, but do we really want it to get worse? I sure AF don’t.

We live in an age of digital communications and we get to know a lot more than previous generations did about what is going on, and we get to use those tools to organize and resist, which is the good news. We also have cautionary tales of holocaust and genocide to understand that we, as humans, are more than capable of horrific and unspeakable things, and we are not immune from becoming absolute monsters to each other. We need to know that we can go down that horrendous path, and then actively choose not to. Let me repeat this: we need to choose not to. In case you are unfamiliar with the idea of the banality of evil, here it is: it doesn’t take evil people to inflict horrendous harm, just passive, fearful, unthoughtful people who don’t stop it from happening.

As this article describes, it was not Mr. Trump or Bannon who detained a 5 year old or denied a mother and her two children food for 20 hours. It was some random person that just has a job and was simply doing it. If you find yourself in such a position of influence and power, one that can truly affect the future of our democracy, I invite you to stay woke, own your power, and do not acquiesce to evil. I have two things to offer you: support and opposition.

If you are afraid to do the right thing because you are not sure how you could make a living otherwise, or what your colleagues would think, I support you. Let’s mobilize to help you keep your job while you do the right thing. Let’s keep your family fed if it comes to it. But, if you can’t find it in you to do the right thing, I oppose you: shame on you! You are part of the problem. Please do better. And I fully expect my fellow Earthlings to do the exact same thing for me: please support me in my attempts to act with courage, and please call me out in all the instances where I can do better. God bless America y’all.