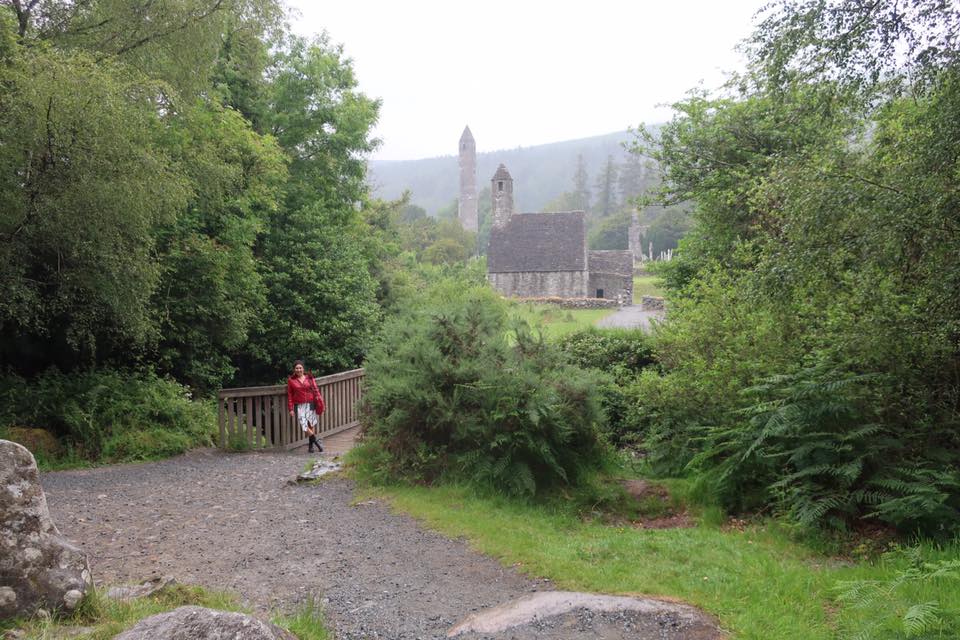 Waiting for my passport in Ireland

I have felt absolutely middle aged this week. Which should not be surprising considering that I am in fact 44 years old, which is pretty much exactly middle aged.

I was traveling around Ireland when our rental car got broken into and my backpack (with my computer, THREE different passports, keys to my house, car, PO box and locker at work, Ekeko, cards that my mom got for me in Australia, journal, daily reader, pendulum, noise cancelling headphones, brand new notebook and a couple of books) was stolen from the car.

Before you say anything like “how fucking dumb was that”, let me tell you that we were in the middle of fucking nowhere. I didn’t think twice about leaving stuff in the car because it was just a rural, seemingly desolate place. But alas, we were out of the car for maybe 25 minutes and the window was smashed.

So off we went to the airport to get the car replaced, then back to the closest town to the theft to get a police report, then to the US Embassy, Chilean Embassy, Australian Embassy to deal with the passports…all of this with my friend driving which was the hardest part because he is probably the worst driver I know and that just makes me tense. He’s also not the king of chill so for the next few days there was a lot of heavy sighing and uber-controlling suggestions.

But what made me feel super middle aged was not that all of these things were annoying and tiring to deal with. What floored me was how little I was shaken by the whole thing. Not that long ago, this experience would have sent me crawling up a wall, super stressed, definitely crying, having a shitty time. I’m not gonna say we had a fantastic time, but I just have zero fucks left to give, and realized that ok, I gotta buy a new computer, bummer. And get my passports replaced. And get my keys sorted, and blah blah blah.

But it is all blah blah blah. None of it is really a problem, all of it is just an inconvenience.

I think it’s a sign of aging, or maybe even maturity, to understand that there are very few real problems in life. I have been very devoted to the practice of watching my thoughts and my attitude for the past few months, and this was an amazing opportunity to check in with myself and become aware of what stories I was telling myself in my head. I am developing the discipline of keeping a good attitude – and trust me, it’s a discipline – because life is short and I wanna have a good time while I’m here. It’s not easy, and I have to admit that it doesn’t always come naturally, but it is a practice that can become easier with, well, practice.

I am super tired, yes, I’m not in the best of moods necessarily. But I’m still excited about having seen a new country, an old friend, and about the trip ahead which promises to be amazing, even if I have to use the Airbnb host’s desktop that was in my room (thanks! I really hope you don’t mind) to type these words. Because Life has a funny way and always got your back, y Dios proveera.