The Magic is Back 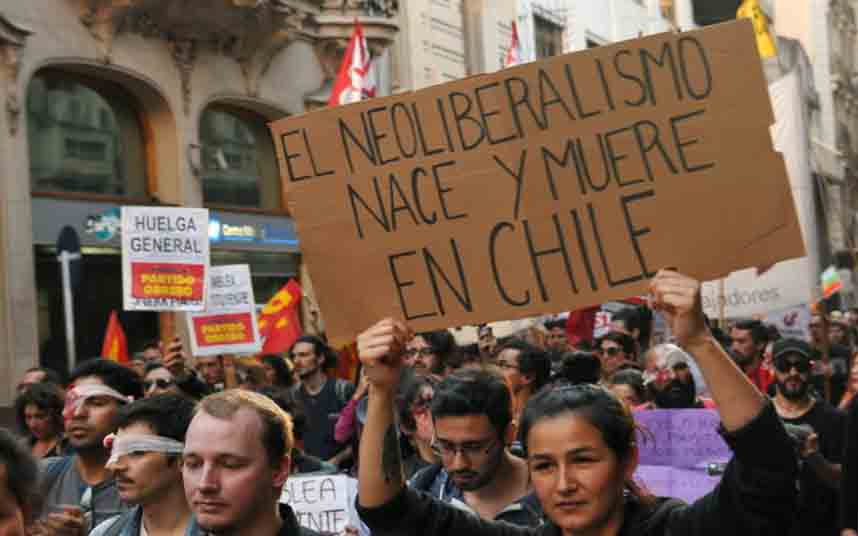 Neoliberalism was born and dies in Chile

It was never really gone, but it is now front and center, proud, visible. Not hiding. Taking it’s righteous place.

I’m talking about what happened last weekend in Chile. After 30 years of a democracy that didn’t feel inclusive, equitable, diverse, or fair – a direct result of Chile being the first lab in the terrifying neoliberal experiment that prioritizes things over people, people are changing things. And they are not changing them a little bit, on the edges, in the periphery, with apologies. No, no, no, no siree, this time we are changing things deeply, transformatively, from the ground up.

I am talking about the first ever modern nation state that has agreed to write a brand spanking new Constitution, crafted by the first ever democratically chosen group of 155 people that embodies gender equity, diversity, and thank Goddess, left leaning tendencies. And by left leaning I mean an understanding that we are all in this together, and that government can and should serve the people. I mean left leaning as opposed to “If you don’t have money, tough shit” which is the more common right leaning approach. That’s all I mean for these purposes.

Even a short few years ago, the idea of creating a Constitution sounded absurd. “You can’t just rewrite the most basic document of governance in a country!” Oh yeah, hold my drink, why the hell not? If it’s not serving the people, if it’s corrupt, if it’s hurting us, TEAR THE MOFO DOWN!!!! When I was young, the most infuriating thing I would hear about why progress couldn’t happen in Chile was that some ideas were “unconstitutional”, and I’m like, “Yeah but a dictator wrote the Constitution (not quite, but basically), so can’t we just get rid of those bits?” And I would be met with eyerolls and sighs of “poor baby – no entiende nada.”

Anyway, time went by, and “all of a sudden”, after 30 years of trying to tweak things and try social and political change by any and all means possible, Chileans realized that there’s no way to eat a turd that will make it taste good. We need to get an actual meal. In October of 2019, a “social outburst” aka estallido social, began (you can read my writing about it here and here) and ended with a democratic referendum for the country to go through a process to write a new Constitution. But not just any ol’ Constitution, a Constitution to be written by a Constitutional Assembly of real everyday people that actually represent their peers, not a bunch of corrupt career politicians.

Once the referendum took place (which had to be delayed due to the pandemic), EIGHTY percent of Chileans who voted expressed their desire for a new constitution written for and by their fellow countryfolk. Those 155 people were elected last weekend and they now have 9 months – the same time it takes to create a new life) to deliver the document. They may be able to get a one time only extension of 3 months, which means that in a year we should have a new Constitution that then will be taken to the polls for a Yes or No referendum.

And who’s in charge of this massive job of writing a new Constitution? By the numbers:

How this will all turn out, we will not know for another year. This is what we do know: what we’ve been doing until now has been failing miserably. The fact that the first place that was subjected to the neoliberal model is the first place to take radical action to reject it, and embrace an open, democratic, and fair process to try something new, is poetry. I also don’t think it’s an accident. Chile has had it with this because we’ve been putting up with it for the longest. May the transformation that we are engaged in lead us to a better tomorrow, may it inspire other nations, may it center Life and Love and Human Rights. I have no doubt it will.

So mote it be.