The Language of Genocide 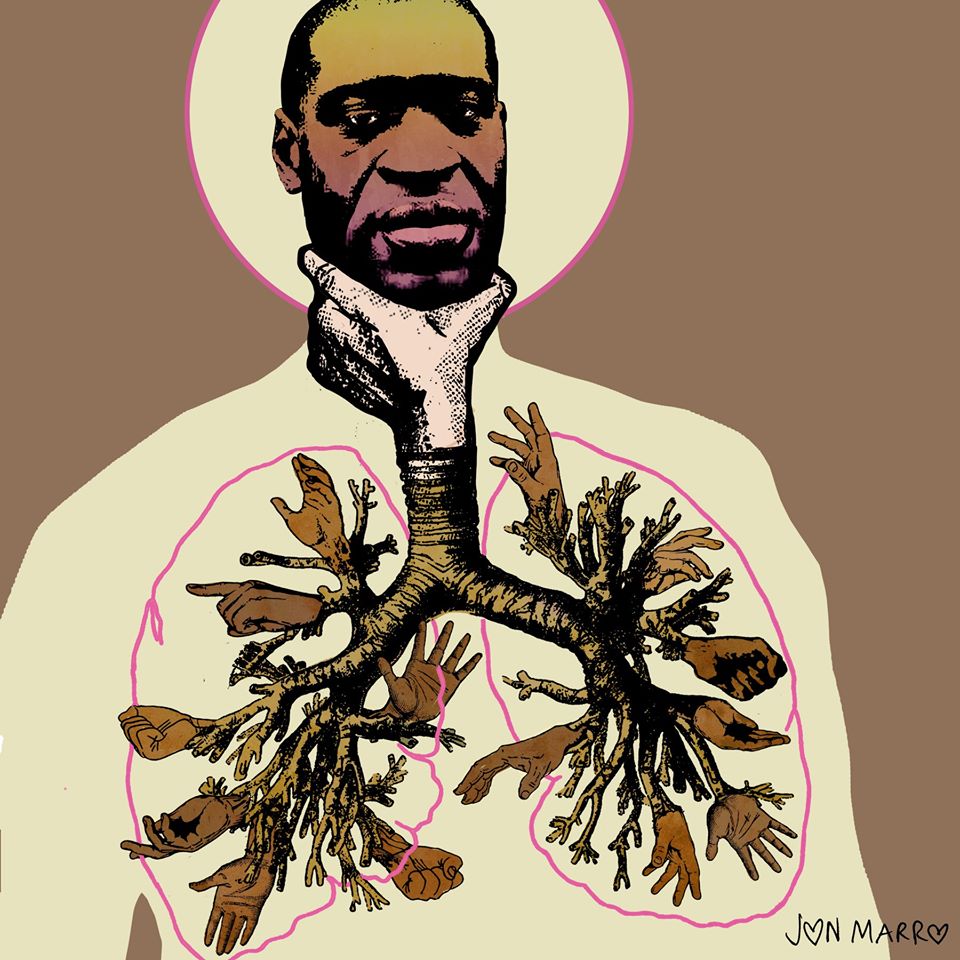 I *just* wrote about the murderous aspects of white supremacy a short two weeks ago, so I’m not gonna repeat myself about how disgusting we are as a people for letting this violence continue. No. That goes without saying, although it needs saying more and more, every day, and especially by white people. Sort out your shit, ffs!

What I wanna talk about is a very subtle way in which we can dance around the reality of what’s happening in the US, which is, as I said in my previous post, that we are racist as fuck and many people do think/ feel/ at least subconsciously believe that the US would be better off if all Black people were dead.

That is strong language, but it is also true. I bring it up because I wanted to read about how folks are responding to this execution and did a quick google search for George Floyd’s name, and what I found horrified me. 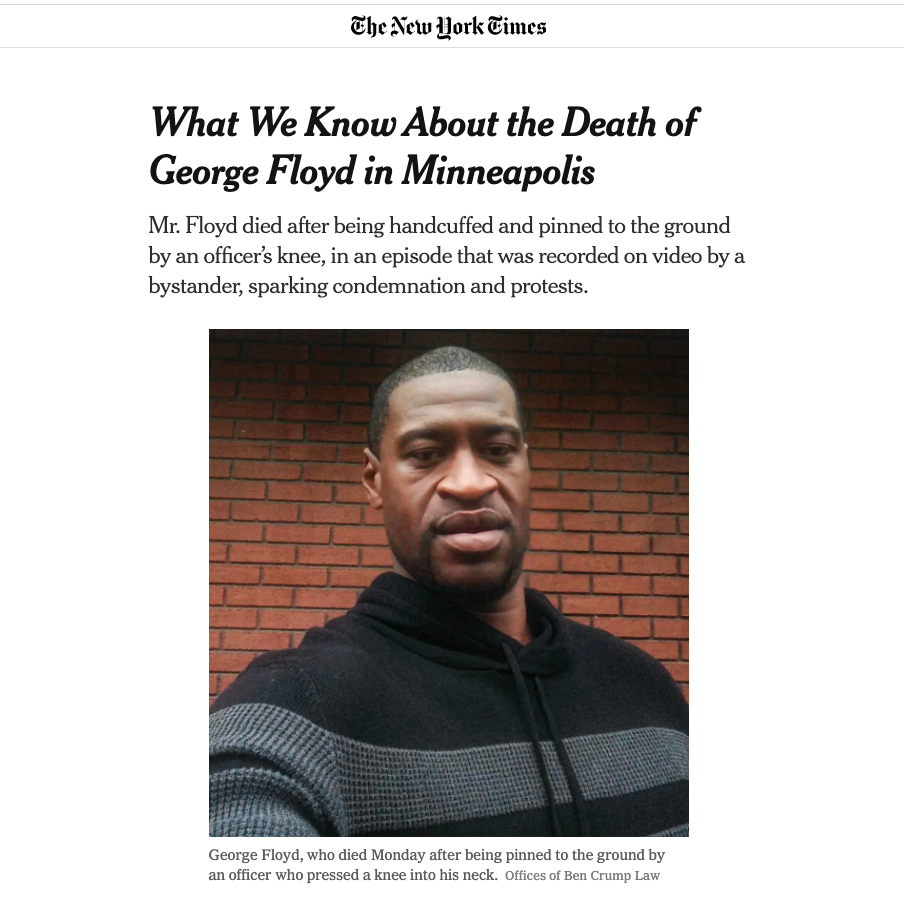 This was not a Death, it was a Murder

NYT headline: “What We Know About the Death of George Floyd in Minneapolis” The death?!?! George Floyd did not just die, he was killed. Why is this so hard to say?

CNN headline: “Minneapolis mayor calls for charges against officer who put knee to George Floyd’s neck” FUCK YOU CNN!! This is the worst kind of gaslighting. The officer didn’t “put knee to his neck”, he fucking KILLED HIM. We all saw it. On video. People are rioting over it and you are trying to downplay it? This is why we can’t even begin to solve this violence. If there is no problem, there is no solution, and even when there is video of Black people getting murdered by cops, and said cops are fired from their jobs for it (which I believe must imply some level of guilt, no?), we still have ridiculous headlines trying to obstruct the truth. Shame on you, lame excuse for journalism. We need you for a functional democracy and you are on the side of the assassins?

Let me share with you what happens when we tell the truth. I feel confident sharing about it because I have made it my life’s purpose to speak truth to power, and I literally tell the truth for  living. In the context of doing organizational development work, I go into companies, find all their problems and challenges, and then I get everyone to actually talk about them so we can find solutions and actually make the freaking change needed to have a better workplace. I ‘ve told people in positions of power that their colleagues don’t trust them. I’ve told white managers that they need better skills to work with people of color cause they’re coming across weird aka more racist than they intend to be. I’ve told junior staff that if they don’t like it at their company they may want to look for new jobs cause it’s probably not gonna change, etc. You get the idea. I get to say all the things that many knew but didn’t dare say, or that many felt but didn’t quite find the words for.

And after I speak a truth, a magical thing happens: transformation begins. People have feelings, they need to feel them, there are responses and reactions, there is denial, there can even be hurt. But eventually only the truth remains and the only option is to accept it and do something about it, or carry on with the toxicity and dysfunction and baggage that no one wants.

What’s at stake at the national level is so much more critical than “healthy operation of an organization”. We are trying to stop Black genocide. According to the dictionary, genocide is the deliberate killing of a large group of people, especially those of a particular ethnic group or nation. So no, I’m not exaggerating. Black folks are deliberately getting killed in the US for being Black. The absolute bare minimum, most pathetic least we can do is call a murder a murder. And see if once we name the problem we can start working on a solution. I’m looking at you, white people. You are the ones that can do something about it. Black people have been trying to not get killed for hundreds of years but until white folks don’t do something about this, it’s not gonna happen. I know this because that is what the evidence has shown us so far. Shame on you, and on all of us.