The Gift in the Economic Crash 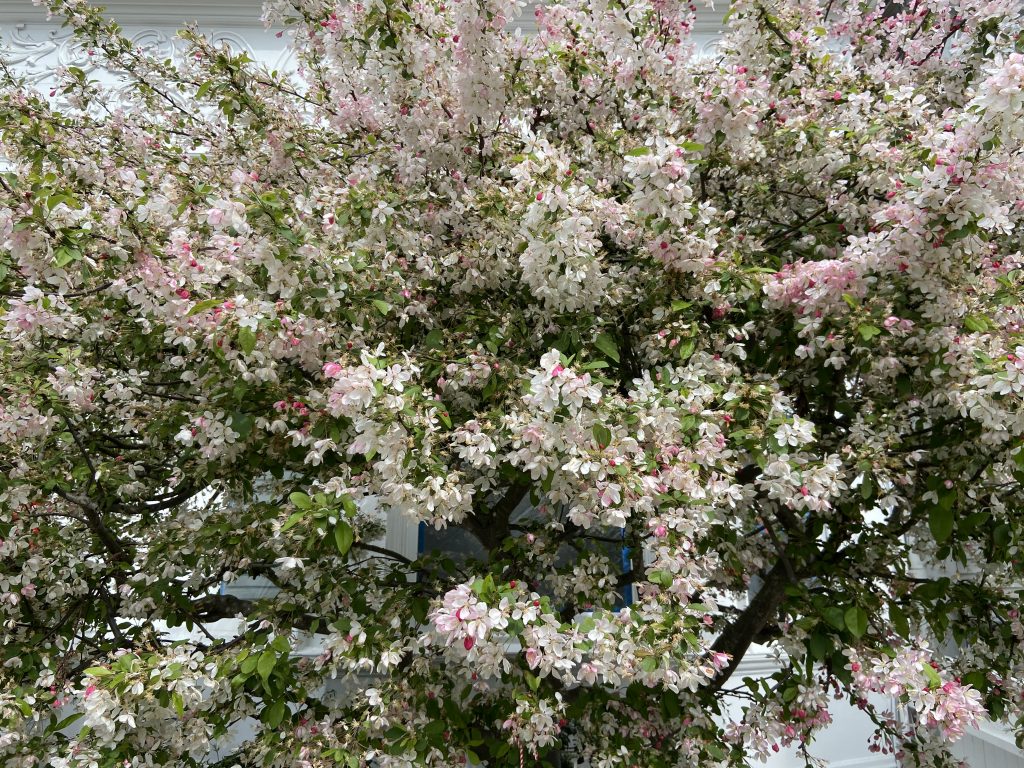 Spring doing her thing, just to soothe your soul cause there’s no image appropriate for economic collapse

As I have mentioned before, the economy is a collective hallucination. Given the world came to a halt and the majority of people on the planet are engaged in a fraction of the traditionally paid labor than they were a short few months ago, the entire economy seems to be collapsing. As I have also mentioned before, I’m not necessarily horrified by the idea of the economy collapsing. The economic system as we knew it until very recently, is set up to make a handful of people wealthy beyond my wildest imagination, and the rest of us cogs in a machine that props that system up.

So that whole thing going to shit I think is good news. The problem, of course, is that it’s gonna take us down with it, and that will definitely mean a whole lot of pain and suffering for people who are losing their jobs, their sources or income, their ability to house and feed themselves and their families. Or will it? Considering the scale of the current situation, it is hard for me to imagine that as a species, as a collective, we will allow so many of us to suffer needlessly.

Let’s assume Karen has a mortgage payment for her home and a lease on a commercial space for her business, where she has a “non-essential” operation, so her income is currently zero. Soon enough she won’t be able to pay her mortgage, her business rent, and maybe even her grocery and gas and electric bills. Given that Karen is in the same situation as literally millions of other people around the globe, we would be hard pressed to uphold the narrative that “Karen must not be a very good businesswoman” or that “she should have saved more money in case of a downturn”. That doesn’t fly in these circumstances.

Will the bank collecting her mortgage come kick her out of her house eventually for not paying? Well, this does happen, in which case the bank sells the home to someone who can pay or holds on to it until they find someone who can. But in this situation, where e-v-e-r-y-b-o-d-y is in a surreal economic position, who are they gonna sell it to? Are they gonna kick out Karen and have the house sit empty just because “fuck her”, we wanna spite her even if there’s no better economic arrangement? What if the number of Karens in the world right now is such that this would mean ruin for millions of people, will we go ahead and do that?

Even with her business lease, I don’t think the landlord has a line of potential tenants waiting to take over a commercial lease. So why would she get kicked out instead of given a break and see if her business can’t recover once we understand what our lives will really look like post covid-19? Why punish each other over things that we are all in together? Oh wait, but how will the landlord pay their bills? The chain goes up and up and up, and at the end of the day someone’s got to pay the piper.

Actually, we don’t. When you follow the current money trail in this economy, the piper is a handful of mostly men hoarding an obscene proportion of the world’s riches, and having people become homeless and go hungry to uphold this setup is immoral.

Which reminds me: Karen still needs to buy groceries. And again, people go hungry in this country and in every country every day of every year since the beginning of time, this is not news. What’s news is that Karen hasn’t gone hungry before, and neither have the many many many people that are finding themselves in her situation, and so all of a sudden we really really really need to look at how to transform a system that has needed a revamp all along. Us humans usually only choose to change when the pain of staying the same becomes unbearable, and that’s what I’m hoping is happening now. We are being stared down by the reality of the absurdity of pushing for the current economic system to survive.

I say fuck it, bring it down and let’s figure out a better way where no one is unhoused or unfed. Yes, the transition will hurt, but so many people are already hurting and suffering so deeply, even pre covid, why wouldn’t we use this opportunity to do the right thing and invent the world anew? Asking for seven and a half billion friends.

PS: What is really unfathomable right now is that if a true, actual economic collapse were to take place, we would have to resort to ways of surviving that are completely off the table right now because they may not involve money as we use it and understand it today. Which is so freaking hard to imagine for most of us. But not impossible, and absolutely necessary.