On Magic and Science 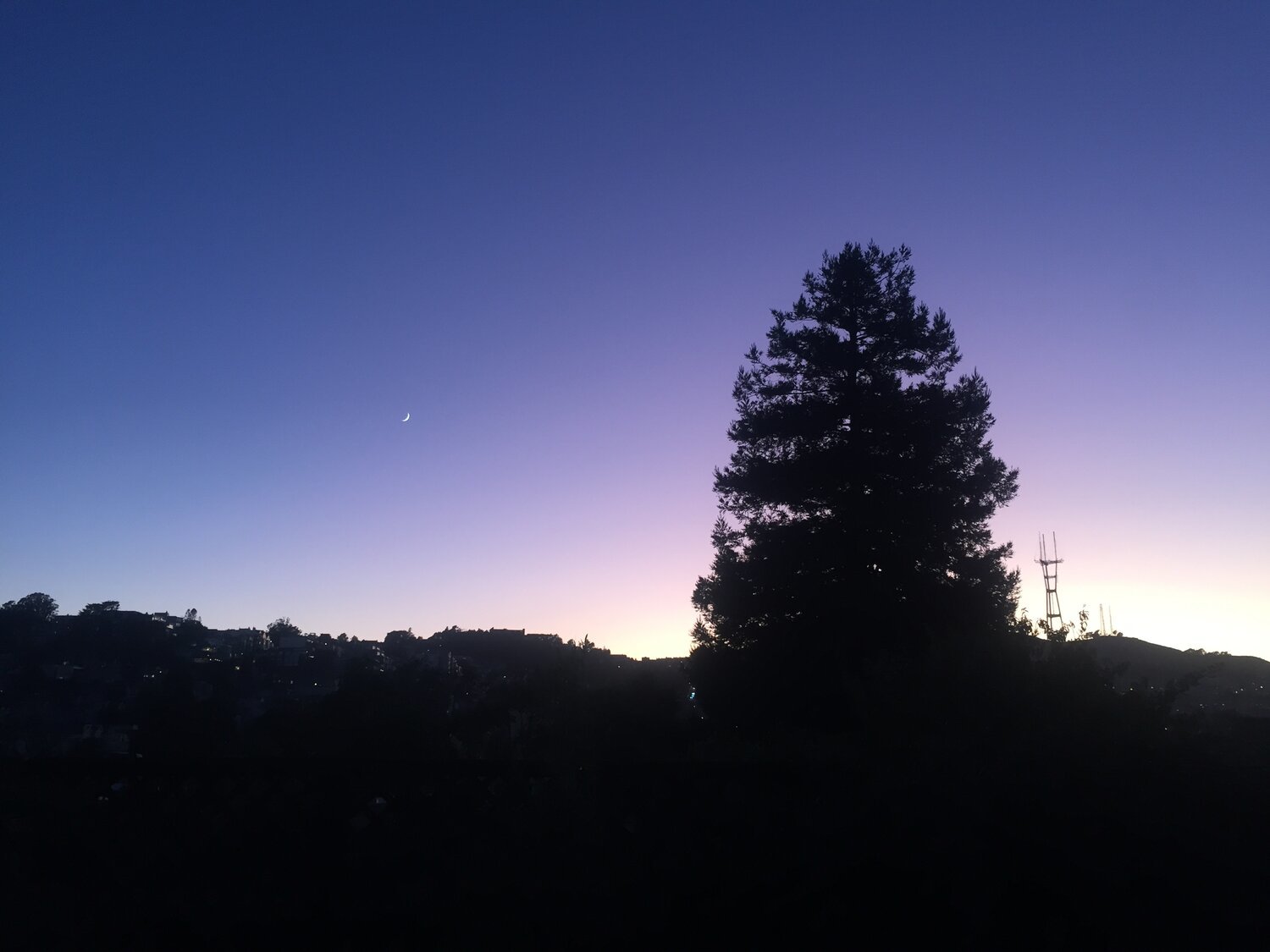 View from my back yard on a crescent moon

For the last few weeks, I have noticed that pretty consistently, things that I think of come to pass. I did notice such a phenomenon as a child and it was confusing as fuck, awkward for the adults, and actually kind of painful in that it was a pretty lonely experience and no one could help me understand it or make sense of it. Well, only a very few people, but that’s a story for another time.

I have pondered in quite a lot of depth whether these are premonitions or if it even is possible that I may have had anything to do with the actual events occurring. I now realize it’s been a bit of both over time. I also know that sometimes I am way more aware of this, and some periods of my life seems pretty mundane and magic-less.

But the last few weeks – the last few weeks have been magic. I’ve been pretty attuned to my thoughts and feelings and intuitions and desires and premonitions, which while those are all very different things, they come from the same dark and deep and light and shallow place. And only practice in subtle work allows me to differentiate them. I’m not that sophisticated and so it’s taken me a while to learn the difference between a feeling and a thought, and a premonition and all the other ways in which we inhabit our mindscape and souls and spiritworlds.

This is what I do know: as a species, we don’t know shit. We just simply don’t. I mean, we know a whole lot and these days the volume of information is staggering, data is even worse: we have created the vast majority of it in the last couple of years. AND. All of this information is just the tip of the universal iceberg and I believe that many, many things that we currently experience we are only beginning to understand.

If you think about how many diseases we can’t cure, how many wars we can’t stop, how many tragedies we can’t avoid, you’ll understand that we really know very little, and actually, we know very little about things that would be very useful and valuable to know (like how to cure cancer and stop wars). And so the fact that we don’t really have a super clean and streamlined scientific model for time travel and psychic awareness doesn’t really bother me one bit. I’m not trying to replicate it with other people, I’m busy enough trying to understand my own damn self and make it through this ride on the rock in the most enjoyable and loving way possible.

AND. The fact that many of my passions and interests, and most importantly, experiences, have not been (yet) validated by a system that was designed to abuse me and exploit me and oppress me doesn’t bother me in the least. I mean, the heteropatriarchal white supremacist neoliberal capitalistic fascist framework doesn’t validate my power as a witch? Um. OK. Take a number and pretty much hold my beer while I reinvent the world anew. You’re welcome.