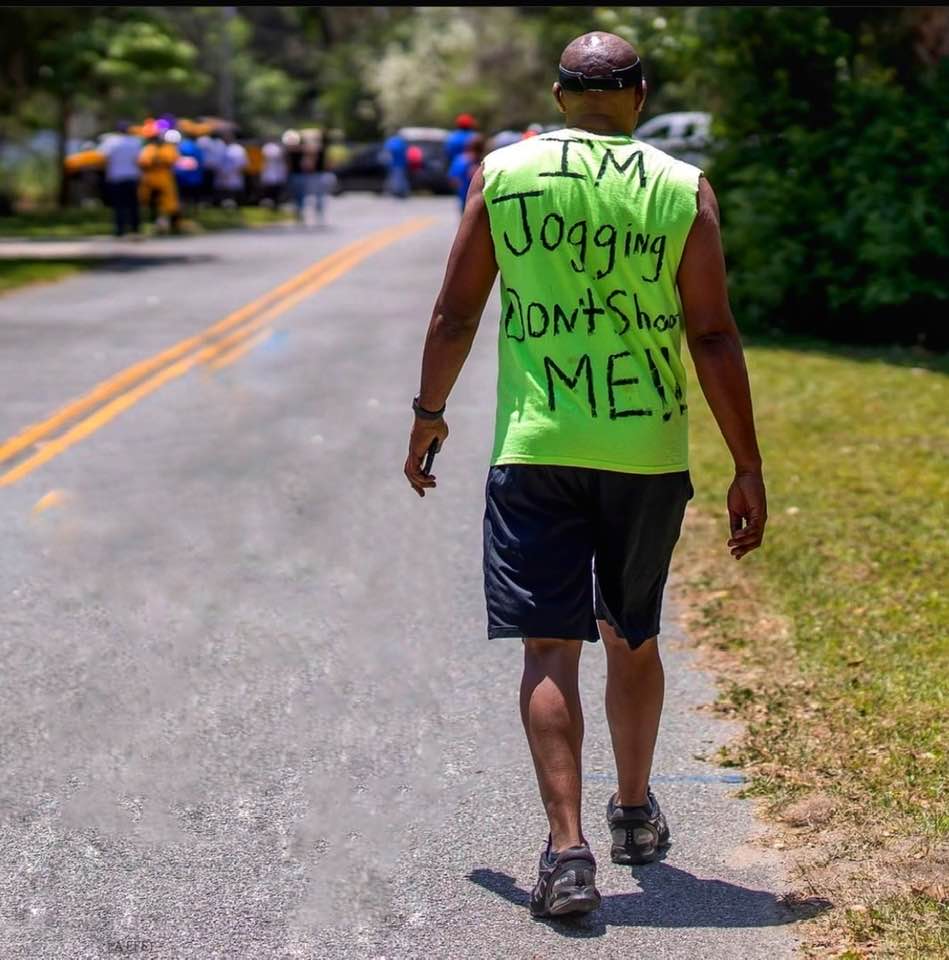 Yes, this is actually necessary

Amongst all the violence and bullshit going on in the world, specifically in the US, it’s hard to know where to put my attention. Black people have been systematically killed in this country since its inception, and that has not changed. Most recently, a video that went viral of two white men shooting and killing Ahmaud Aubrey (a Black man) led to their arrest – two months after the incident. Then, Breonna Taylor, a Black woman, was home when cops barged in and shot her dead.

There is absolutely no excuse for this. There is however, and explanation: we are racist as fuck and many people do think/ feel/ at least subconsciously believe that the US would be better off if all Black people were dead.

That sounds horrible and extreme, because it is. But it’s also true. I know it is true because for hundreds of years Black folks and other people of color in this country have been treated like they’re not human. On paper, at the lip service level, we say all humans are equal and blah blah blah but in practice we don’t truly believe it and that allows us to be genocidal maniacs. This is how we are OK with the level of violence, discrimination, and death and we have grown accustomed to accept as routine: we don’t really believe we are all human, with the same rights and responsibilities, desires and challenges. We don’t.

If we did, Ahmaud Aubrey and Breonna Taylor would be alive today. Because by now we would ALL have organized and absolutely paralyzed the entire system until things were different, but we can’t be bothered. We can’t be bothered because we don’t see this as fully “our problem” – until it is. For as long as we think that some of us are better than others, we’re screwed. I’m not saying that we are not different, that would be absurd to suggest. What I am saying is that those differences don’t make us better or worse than each other.

Here is a practical example from the news this week. White boy in congress decides he knows better. This guy is arguing that “poorer Americans do not deserve affordable healthcare because they have not led “good lives” and so bring it on themselves when they get sick.” His exact quote, when speaking about the proposed “Trumpcare” replacement to Obamacare: “It will allow insurance companies to require people who have higher healthcare costs to contribute more to the insurance pool that helps offset all these costs, thereby reducing the cost to those people who lead good lives, they’re healthy, they’ve done the things to keep their bodies healthy. And right now, those are the people who have done things the right way that are seeing their costs skyrocketing.”

Translation: this guy has no fucking idea how life works and he has decided he’s in a position to pass judgement on people that are sick and fuck them over even harder than Life already has by messing up their health. He assumes that because poorer people can’t take good care of themselves, they are probably sicker and hence should pay more for health insurance cause they use it more. The unsaid part is: why should healthy people pay as much as sick people?

This is the fucked up thing: he’s right. Why should a healthy person pay more than a sick person when they are not using the health care service as much? From a strictly markets and economic analysis perspective, this makes sense. What doesn’t make sense is thinking that we have control over when we get sick, and we deserve punishment if we haven’t done the “right thing” to not get sick. And in reality, it is true that we can do some things to not get sick and take care of our health, but the complexity of each of our lives and situations makes it absolutely impossible for me to judge you.

The assumption that yes, you should be punished and you should pay more is based on the fact that you are worse than me, Ms Privileged thing who has none of those constraints and gets to work out regularly. HOW FUCKED UP IS THAT? If you don’t see the problem, I ask you to look into your heart and examine why you think you are better than others. What are you afraid of? Who hurt you? Why do you need to be “better than” instead of standing next to?

OK, so the idiocy of this congressperson has nothing to do with the killing of Ahmaud and Breonna, but I bring it up in this context cause “better than you” thinking comes up more (or less) subtly in different situations but always always always ends badly. It is this thinking taken to the extreme that allows Black folks to be systematically killed by cops and for the rest of the population to breathe a sigh of resignation, while communities desperately fight for their lives, and another group secretly or blatantly think that “they probably did something to deserve it”.

Do you see how the root cause of our bullshit is within ourselves? What can you do today to start transforming it? Thanks for taking this to heart. May you rest in peace and power Mr. Aubrey and Ms. Taylor.